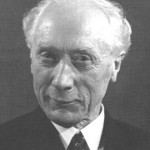 That’s Mister Alexander we’re talking about.  F. Matthias Alexander, developer of the Alexander Technique and a pioneer in the field of mind-body studies.

In his early teaching days, so the story goes, his students needed to take a short rest after lessons with him and there happened to be a large couch in his outer office they would use.  Alexander, never one to waste an opportunity, assigned his assistants the job of working with them a bit while they were lying down.

This lying down work morphed into what is now known as Alexander “table work”, often a staple of Alexander Technique lessons.  Along with this development came the realization that  students could benefit by doing some lying down on their own at home for a few minutes a day.

But not just any old lying down.  For maximum benefit, a fairly firm surface is required, the knees need to be elevated with respect to the hips and there needs to be some support under the head.

Over time, it was found that the “Alexander Technique Lying Down Position” could be very helpful even for people who were not having lessons in the Technique. The firm surface provides useful feedback about what our back is doing and the position itself tends to encourage a lengthening of the spine and release of harmful tensions throughout the body. 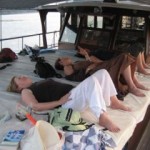 A great deal more information about this process, sometimes now called “semi-supime” or “constructive rest” is available here. If you feel you’re carrying excess tension in your body, give it a try for perhaps 15 minutes a day for a few days and see what you notice.

I would love to hear your experiences with this method of tension release, whether it’s been for a few days or many many years.