Quick – what do you think of when someone mentions Tasmania? 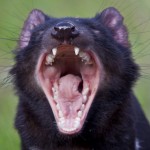 For a lot of people it’s the Tasmanian Devil, popularized by cartoons and comic strips.  Characterized by its pungent odor, extremely loud and disturbing screech, keen sense of smell, and ferocity when feeding, it’s probably not Tasmania’s best ambassador to the world.

For others it might be the now extinct Tasmanian Tiger or the island’s famous native son Eroll Flynn, a movie actor known for his romantic swashbuckler roles in Hollywood films and his flamboyant lifestyle.

So who’s the Tasmanian Alexander?

Well definitely not Alexander of Macedonia, aka Alexander The Great! India was the closest he ever got to Tasmania.  No, it’s F. Matthias Alexander, developer of what’s become known as the Alexander Technique and one of the great mind/body thinkers in modern times.

He was born in 1869 in Wynyard, Tasmania, the son of two convicts who had been transported to Tasmania from England. Through years of personal self-observation and experimentation, Alexander developed a number of very important insights into human posture and movement, and how we can learn to use those insights to improve our physical and mental functioning.

Alexander’s origins were humble, but over time his work came to be lauded by famous scientists, writers and intellectuals – and by many thousands of other students of his

work.  Aldous Huxley based a character in one of his books in part on Alexander.  The famous American educational reformer and philosopher John Dewey wrote the introduction to three of his books.  He was the subject a Nobel Prize acceptance speech in 1973.  The Alexander Technique has received numerous other medical and scientific endorsements.

It is my intent to use this blog to help promote greater awareness of Alexander’s work, and of the Alexander Technique.  And to popularize – in the best sense of that word – Alexander’s discoveries, and make them accessible to anyone who wants to explore them.

(I would also love to see greater recognition of Alexander in Tasmania itself.  I was amazed to see no mention of him on Tasmania Top Ten or any of the Tasmanian information sites.  Perhaps an Australian Alexander Technique teacher or student will bring this omission to the attention of the the right people in Tasmania? )

I welcome your comments and suggestions.  You can use the comment form below and/or subscribe to the blog using the form near the top of the right-hand column.

This is my very first blog! I would be remiss not to thank my Alexander Technique colleague Imogen Ragone for setting up the site for me, and for providing much-needed help in navigating WordPress software.  She’s definitely the go-to gal for anyone who wants to get started with social media, a website or anything else to do with the web.