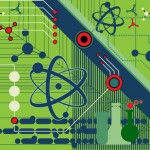 “What is the best use of technology?”

This question is asked more and more as the pace of technological change has accelerated. Greater speed, power, inter-connectedness etc. can produce all sorts of obvious benefits. We visit distant places quickly and cheaply thanks to jet airplanes. We have access to cheap, reliable power in our homes and in our cars. With the computer revolution, we can create, manage, transfer and store vast amounts of data in ways that would have been unimaginable to earlier generations.

But with those benefits have come come very serious drawbacks. The jet that can whisk you to Hawaii or Paris can also be used to kill thousands of people and inflict billions of dollars of damage. Cheap power is often generated by unsafe, polluting plants. Computer technology and the internet can be used to invade our privacy and spread false information around the world at the click of a mouse.

“What is the best use of technology?” is certainly an important question, one that probably deserves a good deal more attention than it has received.

But there is another, related, question that is rarely asked – one that I believe is ultimately far more important:

“How do we make the best use of ourselves as we live our lives in a world of rapidly changing technologies?”

Take a moment to consider our interaction with computers. I first saw computers being routinely used in the mid-1960s by ticket agents in airports. Now they are everywhere. 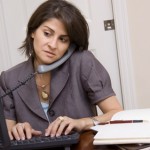 Why did this happen? Was it faulty computer and furniture design?

That’s what ergonomists have generally argued. And now a whole industry has sprung up to re-design the work environment to make injuries less likely. Countless magazine and newspaper articles give ergonomically-inspired advice on proper sitting, screen and keyboard placement etc.

I believe the principal reason is that we rarely turn our attention on ourselves, and how we function as we go through life.  We don’t usually ask ourselves “What am I doing to myself as I drive, as I walk, as I clean the dishes? As I use my computer?”

The best ergonomic design will do nothing to prevent RSI if we are inadvertently creating the tension that causes RSI. Ergonomic principles are not without value, but they are only a small part of the solution.

So how can you learn to use yourself more efficiently? Is there a method you can learn?

The work of F. Matthias Alexander, today commonly referred to as the Alexander Technique, is just such a method. It has a long history of helping people with stress-related issues. And the whole question of how we use ourselves – and how we can learn to use ourselves better – was precisely the focus of Alexander’s work. Indeed his third book was titled The Use of the Self.

The introductions to this and two other books by Alexander were written by Professor John Dewey. Dewey was America’s most famous philosopher and a leading proponent of the school of philosophy known as Pragmatism. He was also very influential in the development of American education in the first part of the last century. He is sometimes called “The father of American education.”

Dewey knew from firsthand experience that Alexander’s ideas and teaching method was of the utmost importance to us all as we faced the challenges of rapid technological change.

In his 1932 introduction to The Use of the Self he wrote about the changes that were going on at the time and which ultimately were used during a war so terrible that nobody could have imagined it at the time, although when you read Dewey’s words below, you can’t help seeing some serious concern about the future.

Here’s what he wrote:

If there can be developed a technique which will enable individuals really to secure the right use of themselves, then the factor upon which depends the final use of all other forms of energy will be brought under control. Mr. Alexander has evolved this technique.

This wasn’t just an abstract notion with Dewey. In his book Freedom to Change, the late Frank Pierce Jones of Tufts University wrote of a conversation he had with Dewey a few years before he died:

“(Dewey) said that he had been taken by (the Alexander Technique) first because it provided a demonstration of the unity of mind and body. He thought that the demonstration had struck him more forcibly than it might have struck someone who got the sensory experience easily and quickly, because he was such a slow learner. He had always been physically awkward, he said, and performed all actions too quickly and impulsively and without thought. ‘Thought’ in his case was saved for ‘mental’ activity, which had always been easy for him. It was a revelation to discover that thought could be applied with equal advantage to everyday movements.

“The greatest benefit he got from lessons, Dewey said, was the ability to stop and think before acting.”

Stop and think.  That’s what we must be able to do if technology is going to be a good servant to the human race.

Without that ability, it’s certain to become a terrible master.

This topic is a bit far removed from the usual concerns of Alexander Technique teachers and students – we’re more at home talking about coordination, balance, changing harmful habits of movement etc.  But if you have any thoughts you’d like to share, please do so.