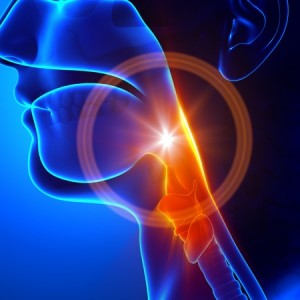 In my last blog, The Posture of Power, I wrote about politicians and televangelists – two of my favorite groups to observe. I love to watch them because they generally have pretty good posture and use of their their bodies. And because they’re frequently on display for us to observe – particularly for those of us living in America right now!

Members of both groups also tend to be good public speakers.

Not surprising, given that their job is to convince their listeners to support them, either with votes or money.

Of course there are exceptions and we have a nice example right now in the person of Jeb Bush – or JEB!, as his campaign posters call him.

Bush is, in his opponent and nemesis Donald Trump’s words, a “low energy guy” and it’s pretty easy to see this when he speaks.

A recent article in the Toronto Star, ‘Jeb’s Dead’: Why the Bush campaign is nearly over, cites several Republican operatives on Bush’s speaking ability.  My favorite came from one Buddy Burkheardt, the Republican chairman in Knox County, Tennessee who said: “I think Jeb has a good message. I don’t think he’s the orator to get that message to the people…I think he’s saying the right words, but…”

So what can someone who needs to be able to speak more effectively – Bush, or other candidates, or actors, or singers, or people like you and me – do to in order to accomplish this?

Well, F. Matthias Alexander, the developer of the Alexander Technique was an orator who had to perform in very difficult situations – large recital halls, rowdy audiences, no PA system – in late 19th Century Australia.

Alexander had a good message to deliver (mostly sections from Shakespeare’s plays) but a flawed method of delivering it.

He had considerable talent, but he unconsciously got in his own way, primarily by tightening his neck, which had the effect of blocking the full expression of his vocal abilities.  Eventually, after a few years of diligent self-observation and self-experimentation, he discovered a way to release that harmful tension. He went on to develop a teaching method that’s been used for well over a century.

Although Alexander’s Technique has a long history of helping people improve their speaking and singing voices – and is taught at many major theater schools – there is no scientific study that specifically addresses this connection.

It’s difficult to imagine how such a study could be done. But – the next best thing! – there is a recent large-scale medical study from the UK which shows that lessons in the Alexander Technique is an effective way to lessen neck pain.  You can read all about it here.

As my colleague Alan Bowers points on in a recent blog post:

“It’s not just a neck, it’s your throat!.. Sufferers from neck pain, constriction of the throat, the Alexander Technique may be your answer.”