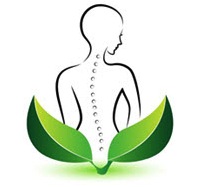 Why is this the case?

After all, posture improvement is one of the main reasons students take Alexander lessons.  Indeed, when the Technique is mentioned in conversation, most people have no idea what it is, but typically a few will say something like “it has something to do with posture.”  And many Alexander Technique students will mention improvements in their posture as one of it’s most important benefits.

In my own case, I started taking lessons out of a general curiosity, but within a couple of lessons I noticed a dramatic improvement in my posture.  Within the first month, my height increased my almost an inch which, rightly or wrongly, I identified with continuing posture improvement.  I was so amazed that I continued with lessons for a couple of years and then went to England to take a 3-year course to become an Alexander Technique teacher.

I can think of two reasons some teachers are opposed to using the word “posture”, which I’ll list below.  But – full disclosure – I personally have absolutely no hesitation in telling people the Alexander Technique is about posture.

1: Many people think of posture as a fixed position, something they have to create by lifting themselves up and then holding themselves in the new “correct” manner.

But of course we’re living creatures, and as long as we’re alive we’re in constant flux. And even if there were a “correct” position at any point in time, it would cease to be “correct” a split second later.

Alexander Technique teachers are quite rightly concerned that perspective students will confuse a static view of posture with what the Technique teachers can actually help them achieve: an easy, dynamic, and upright way of sitting, standing and moving.  The word “posture” for us is a verb, not a noun.

2:  Another reason why some teachers don’t like to connect the Alexander Technique with posture is that there are a lot of other profound benefits one can get from Alexander Technique lessons such as improvements in breathing, pain reduction, ability to be comfortable in stressful situations – the list goes on and on – and teachrs don’t want to limit the way people think about the process.

On the other hand, I believe there are at least two reasons why it’s makes good sense to connect the Technique with posture:

1: Posture is getting a lot of press these days and much of it correctly connects poor posture with a variety of ailments – “text posture” with neck pain, for example. Also, while there are still plenty of posture articles and programs that promote a retrograde view of posture, offering suggestions like “pull your shoulders back” or “sit up straight,” we’re increasingly seeing more dynamic views of good posture that dovetail nicely with Alexander Technique principles.

A potential student may indeed have a “faulty” idea of what posture is all about, but it’s not really doing him or her a service by saying our work isn’t really about improving it. A student who has a few lessons will almost certainly come to a new realization about posture on their own.

I had a good friend who worked for years as a publisher’s representative.  Her job was to visit book stores and convince them to order new titles. One of the first questions the owner would ask if the answer wasn’t obvious was: “What shelf would it go on?”  When I described the Alexander Technique to her (in a very different way than I do today!) she said she’d have a hard time thinking of an appropriate shelf for an Alexander book, making it likely it wouldn’t be purchased.

People often need an existing category in which to slot a new idea, even if only temporarily.  It’s part of our job to provide that category and for many potential students “posture” is an ideal “shelf.”

2: While much of the scientific and medical research about the Technique addresses it’s effectiveness in pain reduction and specific performance issues, there is also a considerable amount of recent research showing the Technique’s positive effect of postural tone.  In some ways, this line of research is the most interesting of all since unlike most other studies, it is based on precisely measured quantitative effects, not self-reported qualitative effects.  You can learn more about this exciting new line of research here: Alexander Joins the Neuro-Zone

It’s also worth noting that F. Matthias Alexander, the developer of the Alexander Technique,  used the words “posture” and “postures” almost 50 times in his books.

As I indicated above, while I understand some teachers’ reluctance to talk about posture, I’m firmly in the “pro-posture” camp.

What are your thoughts on this? Can you think of additional arguments on either side of the debate? Please leave your comments below and/or on Facebook.