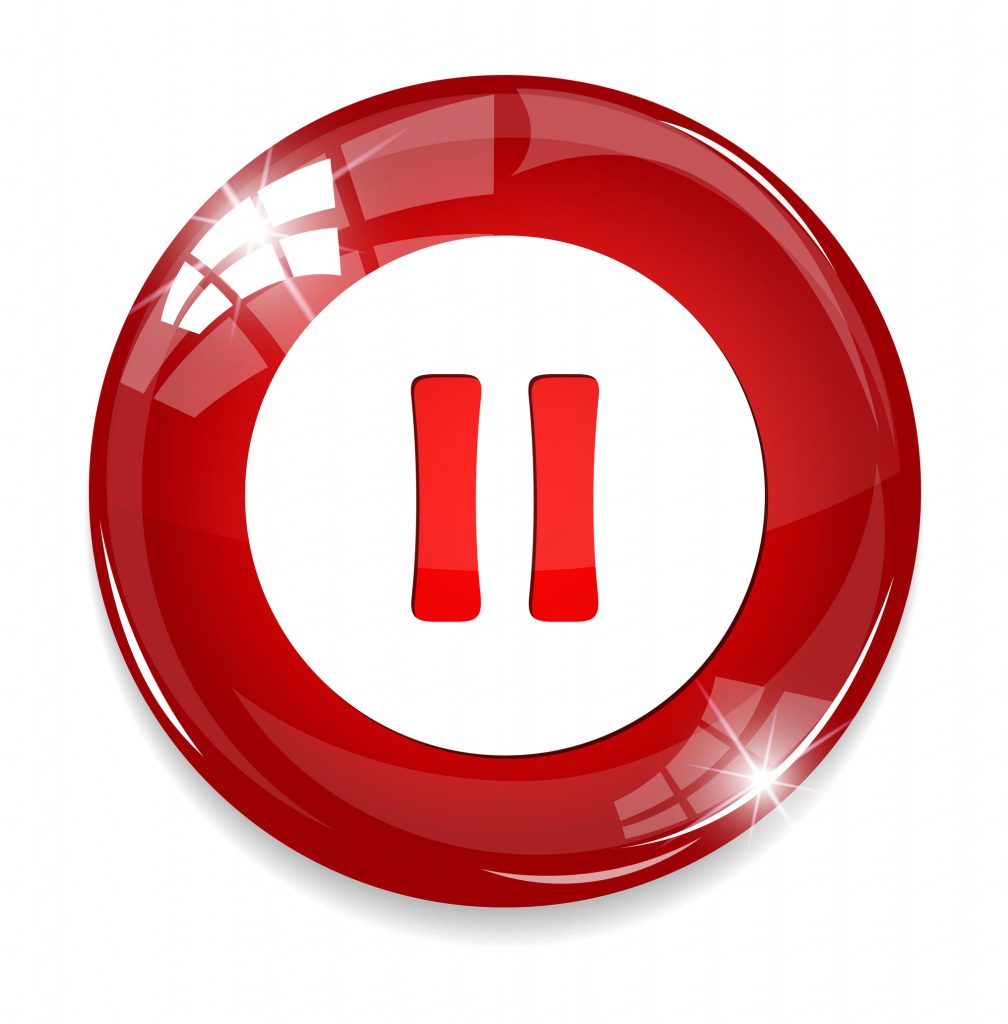 I’ve just started reading Eckart Tolle’s book, The Power of Now.  It’s somewhat of a spiritual classic and has been recommended to me by several people over the years.

This is not a book review, but let me begin by saying I can already see why it is so highly regarded, and recommend it highly.

I was immediately struck by Alexander Technique resonances that show up almost right away, especially Tolle’s emphasis on pausing as a way of being in the present moment – not caught up in memories of past events or speculation about future possibilities.

Alexander teachers and students will likely see an obvious parallel to the fundamental Alexandrian concept of Inhibition.*  However, just how we can effectively inhibit is a pretty contentious issue in the Alexander world, and I don’t want to get into that debate here.

But the usefulness of pausing, or even just consciously slowing down, is something most of us can agree on.

One of the reasons I like this book so much is that Tolle actually inserts his own pause symbol every page or two, after important concepts are introduced.  As he writes:

The pause symbol after certain passages is a suggestion that you might want to stop reading for a moment, become still, and feel the experience of the truth of what has just been said.

Such a simple concept – and yet so powerful!  I found it totally changed the way I read the book and they way I processed what I was reading. And that helped me get a much deeper understanding of what he was saying and how to make use of that understanding.

It certainly made me realize that I probably would do well to pause more frequently, and for longer periods of time, when explaining Alexander Technique principles to my students.  I do tend to get a little over enthusiastic about the Technique and can be guilty of trying to cram too much information into a lesson!

More generally, it’s easy to fall into the habit of speaking or reading aloud on any topic too quickly and not leave enough time for the audience to process what you’re saying.  The short video at the bottom of this page shows a short Alexander Technique lesson that addresses this issue.

And even more generally, it’s easy to fall into the habit of doing anything without giving yourself a chance to do it with a little mindfulness.

That mindfulness could allow you to do it in a more efficient, less harmful, way.

Or even nudge you away from from doing it at all if, upon reflection, it would likely produce harmful consequences.

If you have read Tolle’s books, or watched any of his many YouTube videos, have you also seen parallels to Alexander’s ideas?  Have they helped you to effectively use Alexander self-directions and/or have Alexander Technique directions helped you to implement Tolle’s ideas into your life? Please leave your comments below or on Facebook.

In the Alexander Technique, the term refers to a process which one can learn within AT lessons, in which a person consciously chooses to stop or inhibit a habitual reaction to a stimulus. This allows the individual a moment’s pause, in which to choose whether or not to respond to the stimulus and if so, how to perform an action in response.

Here’s a nice article about different kinds of pauses, and their benefits: The Power of a Pause

And here’s the short video mentioned above featuring the late Marjorie Barstow showing the benefits of slowing down to a student who is reading to an audience.